Yellowknife Tours’ expert guides, with extensive tourism-industry experience, have unparalleled knowledge of the region and understand acutely Asian and northern culture. With over 45 years of experience, our award-winning guides, who offer services in Mandarin, Cantonese and English, can’t wait to show you the true character of the north. . 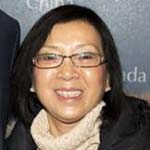 Angela co-launched a business offering tours of Yellowknife and the North to Chinese visitors, which has grown significantly since its 2010 launch. Having served as a tour director in Hong Kong and Vancouver for over 40 years, Angela has vast experience in providing tours to Chinese and North American consumers. While in Hong Kong, she won the Best Tour Coordinator Award and helped numerous North Americans tour Asia.

After immigrating to Canada in 1997, she directed tours from Canada for people from Taiwan, Hong Kong and Mainland China. Angela, who moved to Yellowknife, Northwest Territories with her family 2002, truly enjoys the North’s unique culture and friendly people. 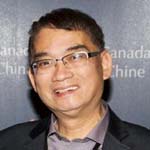 While based in Hong Kong, Chun Kwok spent many years as a freelance tour director for North Americans travelling across Asia. He also served as the Camp Director for the Recreation Camp in Hong Kong.

Chun Kwok been a tour director for Chinese from Canada, Taiwan, Hong Kong and Mainland China since immigrating to Canada in 1997. He moved to Yellowknife with his family in 2002 and started a gift shop in the Diamond Capital. He launched a Yellowknife tourism business with his family in 2010, focussing on showcasing the splendours of the north to Chinses tourists. . 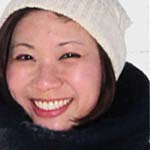 Verda, owner of Yellowknife Tours, is a tour planner and receptive agent for all-things tourism in NWT. Verda graduated from the University of Alberta in 2006 with a bachelor’s degree in Sociology. Co-ordinating events for corporations in Hong Kong and Canada, she has experience in event management and public relations. She also works in customer service for an aviation company in Yellowknife and appreciates dearly the friendliness and hospitable nature of locals. Verda moved to Yellowknife in 2008 to join her family. As a consummate professional, Verda is always cheerful and has developed a reputation for her caring and knowledgeable character.
.
She served as the Executive Organizer of the China Earthquake Fundraising Group in Yellowknife. As part of the relief effort, she contacted local businesses to garner financial support and arranged for all local media outlets to broadcast the China Earthquake relief effort. .
She has also been involved in other humanitarian efforts, including a project in 2010 to provide clean water, by constructing a windmill, to a Tanzanian village. Verda chaperoned 14 youth to the East African nation. In 2012 ~ 2014, Verda was nominated by NWT Tourism and the Premier to Asia for the China Trade Mission. Starting Yellowknife Tours was spearheaded by her dream to share aurora borealis and all its natural beauty to people across the globe. .

The following are actual thank you notes from guests of Yellowknife Tours:

Dear CK, Angela & Verda,   I hope you still remember me ....a member of Dato' Francis Ho's tour group which visited Yellowknife recently.   I do like to be frank and candid in any assessment but to be really honest, I can't think of any instance where your conduct of the tour was not top notch.   I especially enjoyed CK's running commentary on Yellowknife and its various attractions, even if my Chinese is rather half-baked. CK was indeed a treasure trove of knowledge when it came to Yellowknife and this despite being a Hong Kong native!   I also liked the variety which you injected into the programme ...like for instance viewing the aurora from different locations/places (cabin, indigenous village and lakeshore etc) which gave us a wonderful perspective of how the aurora looks like in different locations. The disappointment of failing to view the aurora on the first night and we were all dead tired having flown into Yellowknife from Ottawa via Edmonton was more than made up for by the spectacular views on the second and third nights....simply stunning!!! The view of the aurora perfectly silhouetted against the backdrop of the lake will forever be etched in my memory!   There were some in the group who felt that the aurora viewing on the first night should have been dispensed with. Of course we were all dead tired but we only had 3 nights in Yellowknife and it was the right thing to maximise our chances of viewing the aurora. I was in Finland on one of Giacomo's tours some 4 or 5 years ago and we were allocated just one night to view the aurora and didn't see anything! Yellowknife more than made up for that disappointment of not seeing the aurora in Finland. Indeed Yellowknife truly lived up to its reputation as being the aurora capital of the world. I was made to understand that the aurora viewed in Scandinavia usually does not last as long as that viewed in Yellowknife... but I never expected it to be shimmering skies for hours. It simply exceeded my expectations!   My experience in Finland was a let down ... they did not provide the same kind of facilities to view the aurora. No heated cabin for visitors to await the aurora and coupled with coffee/tea and snacks being served on top of that. We were in fact out in the open for 2 hours in the dead of winter and all huddled around a bonfire for warmth! For me the Yellowknife experience was a more pleasant and comfortable way to view the aurora!   I must also commend your agency for having Kris take pictures for us. The pictures were expertly taken and when I shared them with friends and family, some were piqued into making a trip to Yellowknife and for which I will definitely recommend your agency. I have yet to come across an agency that offers such a service!   The meals provided were adequate... there was also variety . The Chinese food was quite good but my favourite was the steakhouse where I had a rather succulent burger for lunch. Of course one cannot expect a small city like Yellowknife to have the same smorgasboard of culinary delights of big cities such as Vancouver or Toronto!   All in all, a thoroughly enjoyable 3 days in Yellowknife and my sincere thanks to the Law family for making dreams come true.   Kind regards, Michael Chung Messrs C.Y.Chung & Associates Advocates & Solicitors MALAYSIA

“We are home finally! Thank you and CK very much for arranging the activities for us. We truly have a memorable holiday!! Aurora is just magical!!”

“Thank you very much for your kindness while we were in Yellowknife. We really had a good time there. We never forget the beautiful Northern lights, dog sledding, kind people etc. We have a lot of wonderful memories and hope to see you again”

Verda, Angela & Law, Really have to say many thanks to you guys, all the arrangements and warmest hospitality, which made every one of us feel like home. Every day’s programme was full of excitement. Law is really a professional tourist guide, that’s why we called him a life directory of Yellowknife. Verda, you made me so warm when I first touched ground of Yellowknife. Once again thanks for the Law family, hope to see you soon in Vancouver or again in Yellowknife.

Verda, very glad to know you and your family and thanks for your help in Yellowknife, NWT. We have a pleasant tour in NWT by your help. Actually, we learned a lot from you. If you plan to be in Vancouver someday, please let me know and I really like to be your friend in the future.

Once in a life time……lucky and amazed Twice….fulfilled and praised Third time ?! Crazy but blessed. Stole some time and went there last weekend for two nights. Another taste, another mood, dark blue starry night. The daytime dogsled race was a bonus!

“Angela, CK & Verda, Thank you for your professional tour guide and care, especially CK who stayed with us whole night, Tim felt deeply grateful and very satisfied with what he saw on his last date. Highly recommend your tour to other people interested in aurora. We did take a lot of beautiful aurora at lake side.”

“Verda, Angela & CK, We were back safely and happily. All of us were talking that you guys had giving us the warmest hospitality and your professionalism in tour. Really thanks, and hoping that your tour company will have a prosperous future in the coming year.”

“Last year’s Aurora trip was so good, we decided to have a taste again this year. On March 13 Sunday night, we were so lucky to have the best show so far in the past couple years.”

“Steven and I had a great time staying in Yellowknife. We’d like to recommend you to our friends. Many claim that they want to visit Yellowknife, and we’ve told them about your tour and your warm hearted services. Thanks. ”

“Thanks for your photos and all staffs excellent services. I have already left comments on webpage. Definitely five star service and strongly recommend. I wish that see you again at Yellowknife or Vancouver. Have a nice holiday.”